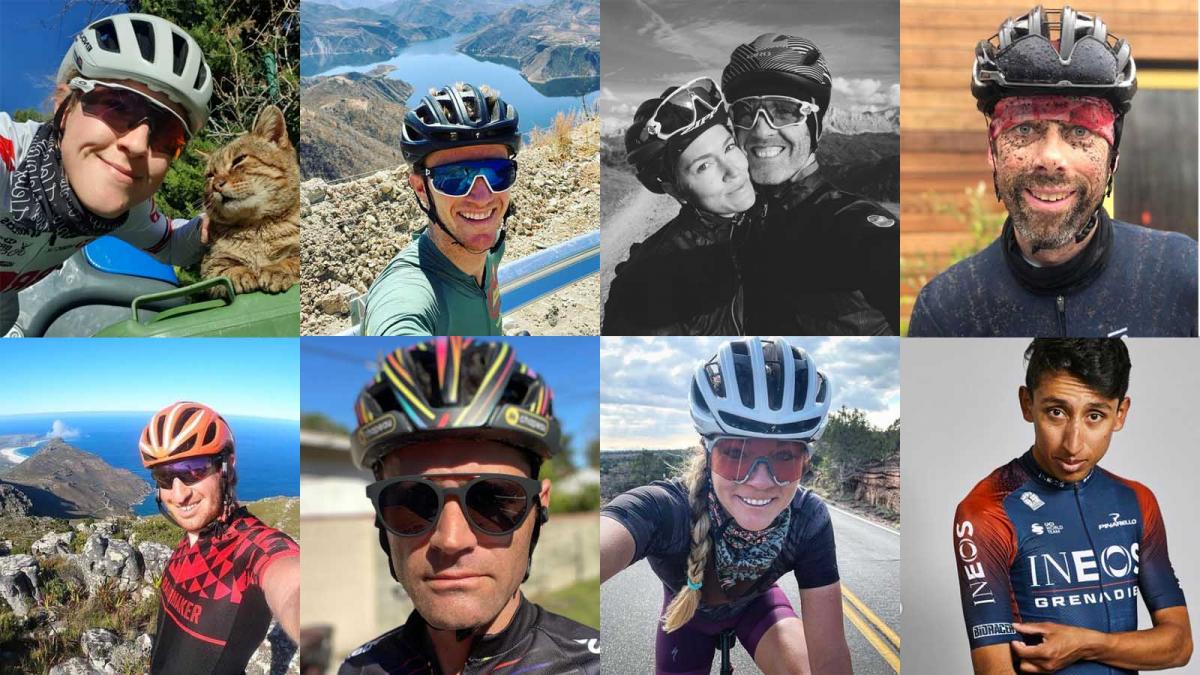 50 million athletes, 6 million in the UK. We do like Strava, don’t we?  Since 2010, the fitness app has quickly grown into the largest online community of riders, runners, swimmers, hikers, skiers and walkers. So much so, that the 3 billionth activity was uploaded to the site in 2020 – wowzers!

Much like social media platforms, Strava has given us mere mortals insight into some of the planet’s finest athletes – indeed, there are over 1000 professional athletes on the platform. So, other than your ride partner, your club mates or your work pal who should be following?

Our list ranges from grand tour winners to Strava legends and everything in between. Get these guys and girls on your feed, you won’t regret it!

You won’t find Bernal’s racing data on Strava, just some extraordinary training rides in his native Columbia. It’s not unusual for the Team Ineos rider to climb over 20,000ft on a ride and perhaps even more incredibly, his average speed is usually around 19mph!

Pretty stellar considering he’s riding at over 2000 metres above sea level. Well, he is a Tour de France and Giro d'Italia winner after all. After his devasting crash in early 2022, we're looking forward to keeping an eye on Bernal as he begins riding again.

Likely to be Strava’s most-followed user, Dutch rider Laurens Ten Dam has been a regular uploader to the platform since its early days. Join his other 113,000 followers and you’ll be treated to flat as a pancake spins in his native Holland, huge rides stateside as well as the odd Zwift session.

Having recently retired as a professional road rider, Ten Dam is a feature in the burgeoning gravel racing scene and judging from his recently released programme, he’s going to be putting in some big training rides! Follow him and see how he gets on!

Speaking of gravel, our next rider is self-proclaimed off-road queen Alison Tetrick. At the time of writing, she’s already clocked over 4000 miles in 2022 and looks certain to add to her haul of over 2000 QOMs.

Tetrick, who won the Dirty Kanza (now called UnBound) in 2017 mainly logs rides from her Californian base of Petaluma. If the weather in her pictures won’t make you green with envy, the scenery certainly will. Blue skies, rolling roads and sandy beaches anyone?

Fitness tech review supremo, Ray Maker (of dcrainmaker.com fame) is the fourth athlete on our list. Originally from Seattle, he logs runs and rides mainly from his European home of Amsterdam.

If you’re a fan of his site (and maybe even if you’re not) you’ll spot that many of his activities test the latest device he’s been sent. And if you’re a Zwift fiend, check out his picture feed where you’ll find some incredible turbo setups.

Speaking of pictures, next up in our rundown is cycling photographer duo Jered and Ashley Gruber. Follow them for some riding motivation, stay for their pictures.

Husband and wife, the Grubers spend much of their year following the professional road peloton from cobble to col, taking some of the most outstanding stills as they go. And when they’re not snapping, they’re spinning – riding some of the most beautiful roads (and trails) the world has to offer.

It’s fair to say that cookie crazed American Phil Gaimon is a must follow on Strava. The ex-professional road rider turned KOM hunter whiles away his days with monstrous hilly rides in all corners of the globe.

Some of his most interesting activities are his attempts on segments which he uploads in conjunction with a YouTube edit. A recent trip to Colombia delivered Gaimon yet another KOM – the Patios climb, a 3.67-mile challenge at 7%. Averaging 170bpm per minute, 374 watts and a shade over 14mph Gaimon snatched the KOM from the previous incumbent by over 20 seconds. Has that made you ready for another hill session?

In the world of endurance cycling, the name Mark Beaumont is held in the highest regard. Having originally broke the world record for a circumnavigation of the world by bike in 2008, Beaumont took on the challenge again in 2017 lowering the record to a mind-boggling 79 days. It’s well worth scrolling back through Beaumont’s activity archive to look at his record-breaking effort. 240 miles a day anyone?

These days, Beaumont can be found riding and running in his native Scotland, although we're sure another epic ride is probably on the cards!

Another UK resident on our list is professional road rider, Lizzy Banks. From her base in Sheffield, she racks up a dizzying number of miles in the Peak District, lapping up the best and worse (hills) the area has to offer.

However, Banks - who rides for the EF Education-TIBCO-SVB team – is rarely in the UK thanks to her racing commitments. Follow her and you’ll get an insight into what it’s like to race at the highest level.

The last rider in our list is American Ian Boswell. Boswell’s story was much like any other aspiring racer. Early promise, a breakthrough season followed by a contract from one of the world’s best teams. But that’s where the story came to an end.

After a series of complicated concussions in 2018 and 2019, Boswell has switched his focus to gravel racing and judging from his Strava account he’s been putting plenty of base miles ahead of his 2020 challenges.